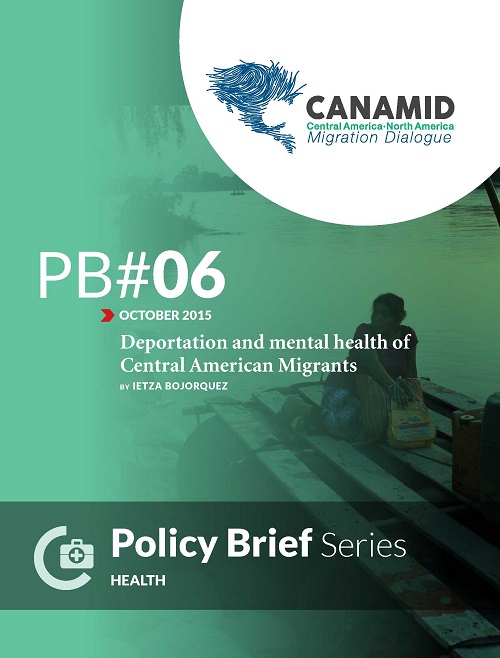 The deportation from the United States of Central American migrants affects the mental health of not only those who are repatriated, but also that of their families and communities. All deportees suffer the effects. Those persons that are returned to their place of origin after having lived a long time in the United States leave behind family and friends, and must readjust to a society with which they have lost contact. And those who were arrested shortly after crossing the border may experience a sense of failure at not having fulfilled their goal of emigrating. In both cases, when they return to their home countries, the deportees suffer discrimination and rejection. Meanwhile, the family and friends of the deportees in the United States experience the fear and uncertainty of not knowing if they themselves will also be expelled or lose touch with the deportee. Based on the evidence of the effect of deportation on the mental health of Central American migrants and on members of their communities in the countries both of origin and of destination, this brief recommends the use of: 1) Support programs of Psychological First Aid, 2) Programs promoting mental health in the receiving communities; and 3) Programs that address the well-being, and facilitate the reintegration of deportees into their countries of origin.