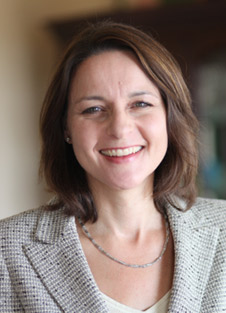 Pia Orrenius is a labor economist working on regional economic growth and demographic change. She manages the regional group in the Dallas Fed Research Department and is executive editor of the quarterly publicationSouthwest Economy. Her academic research focuses on the labor market impacts of immigration, unauthorized immigration and U.S. immigration policy. She is coauthor of the book Beside the Golden Door: U.S. Immigration Reform in a New Era of Globalization (2010, AEI Press).

Pia Orrenius is affiliated with several academic institutions. She is research fellow at the Tower Center for Political Studies at Southern Methodist University and at the IZA Institute of Labor in Bonn, Germany, as well as adjunct scholar at the American Enterprise Institute. Orrenius is also adjunct professor at Baylor University (Dallas campus), where she teaches in the executive MBA program. Orrenius was senior economist on the Council of Economic Advisers in the Executive Office of the President, Washington D.C., in 2004–05, where she advised the Bush administration on labor, health and immigration issues. She holds a PhD in economics from the University of California at Los Angeles and bachelor degrees in economics and Spanish from the University of Illinois at Urbana—Champaign.